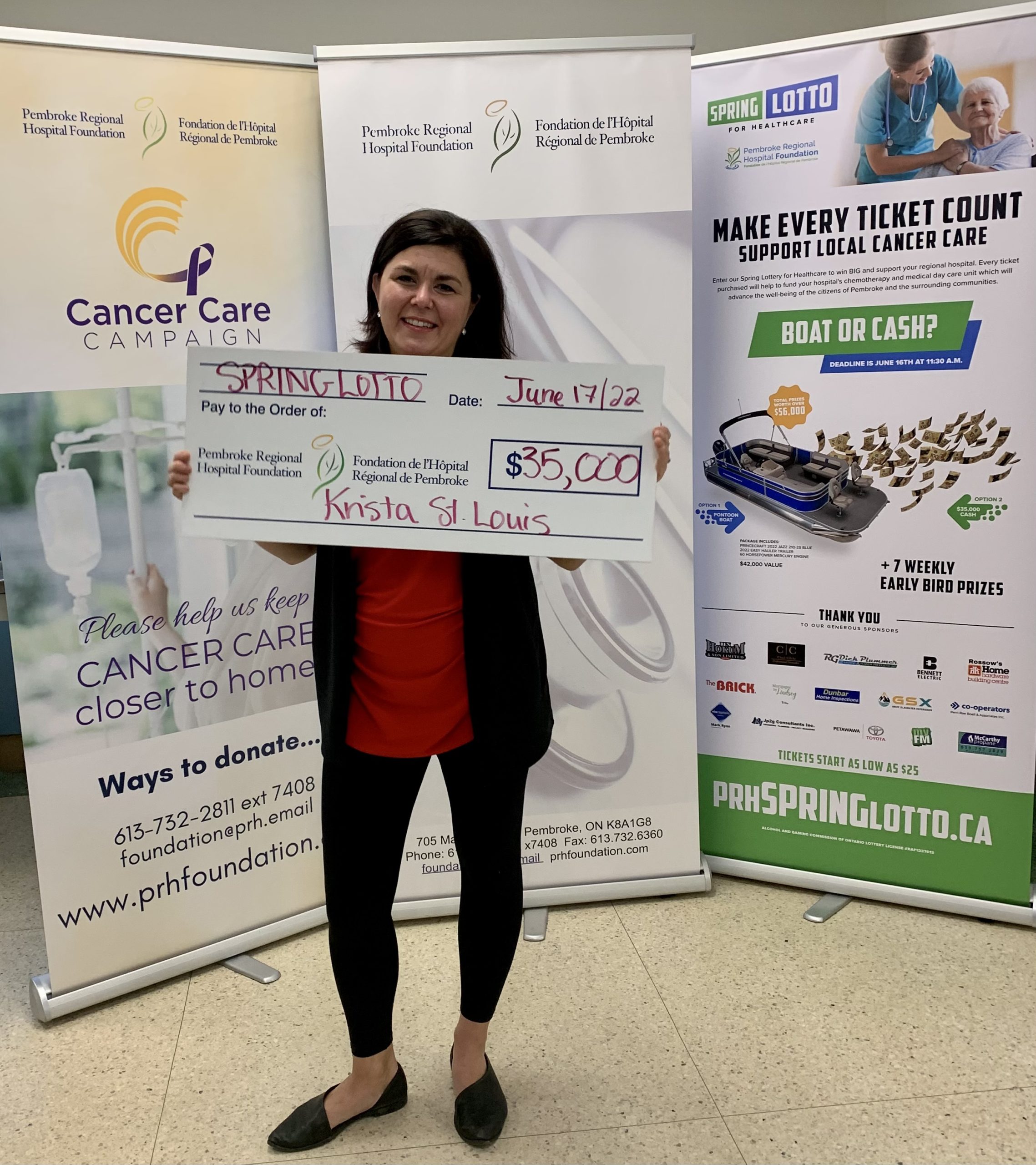 The grand prize draw was held on Thursday, June 16th at 12pm and the winner of the 2022 Princecraft Pontoon boat or $35,000 cash prize, Krista St. Louis was announced on site at RG Dick Plummer live on Facebook.

The Grand Prize winner, Krista, was so excited to have won and made the decision to take the $35,000 Cash Prize!

PRH Foundation’s Executive Director, Roger Martin states. “We are so excited, for the winner, Krista , and even more excited that she had the choice of the pontoon boat or a cash prize, which she decided was the better fit for her.  There was some great energy surrounding the Spring Lottery, and we feel that it is because everyone is affected by cancer somehow, and this is a way that someone can make a difference right here at home, while having the chance at 8 prizes including the Grand Prize. These dollars will help give us a boost as we move through our new Cancer Care Campaign which has a goal of $3.5 million dollars. Every dollar will make a difference to a cancer patient and our front line workers!”

In addition to the grand prize draw, seven Early bird draws were also held as follows:

Stay tuned for details regarding our Fall Lottery!

Donations to the PRH Foundation are welcome at any time by calling (613) 732-2811, extension 7408 or visiting the PRHF website at www.prhfoundation.com.

Connect with us on Social Media

The Pembroke Regional Hospital Foundation’s AUTO LOTTO for Local Cancer Care is BACK!