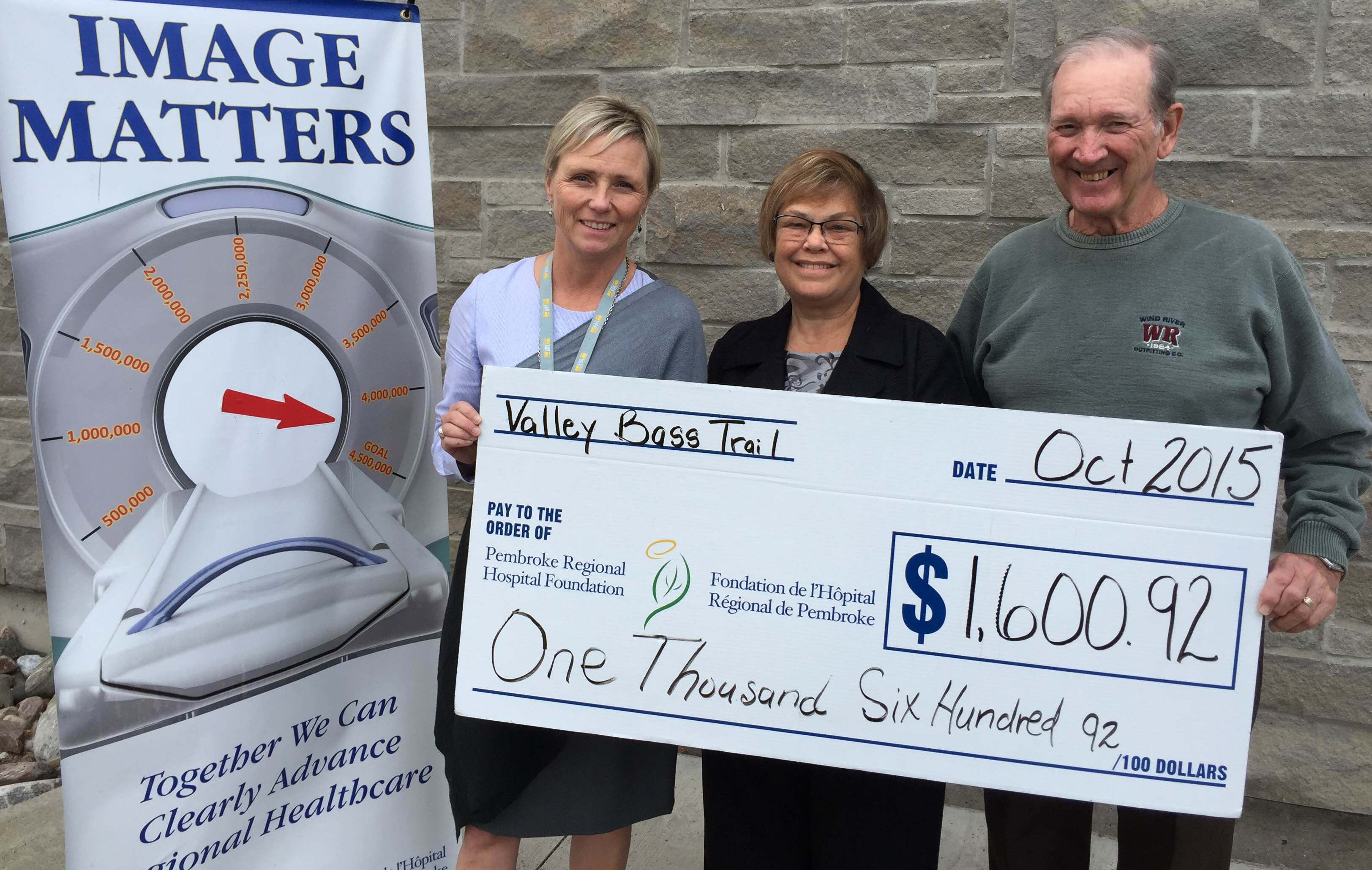 Valley Bass Trail wrapped up their 2014 season by making a donation of $1,600 in honour of Garry Barker to the MRI Image Matters campaign in October.

“After a tremendous year, we wanted to make a donation in memory of Garry to our regional hospital,” shared past President Clem Mousseau. “It is what Garry would have wanted: that the funds went to the MRI that can help everyone in our community at any age.”

Valley Bass Trail made the donation in memory of Garry Barker who chaired the Hawg ‘n’ Dollars for a dozen years alongside his wife Brenda. Held on the second weekend in September with an eye on the good fun and camaraderie, the Hawg ‘n’ Dollars Tournament is a bit of a mind game. Each boat is only allowed one bass in the live-well at a time. If they pass the buoy, they must weigh their catch before releasing it, and it gets logged for the hour. Every hour $500 is given to the boat with the biggest bass, and $100 to the second largest.

“The tournament meant a lot to Garry,” shared Brenda Barker. “He loved the joy and good natured competition of the event. Even though he passed away, we are thrilled that the event has continued, not just in Garry’s memory, but for the entire recreational community.”

If you have an idea that will help the hospital become better equipped to deliver health care excellence, please contact the Foundation Office (613) 732-2811 ext. 7408 or email foundation@pemreghos.org.