This year’s race, which has grown into one of the largest runs in the city, set a new fundraising record bringing in an estimated $16,000. Although an early morning rainfall threatened to dampen spirits, the skies cleared up by the time more than 500 participants gathered at the start line near the Riverwalk Ampitheatre.

Once the horn blasted, folks running, fast walking or strolling set out on designated five-kilometre or 10-kilometre routes that took them along the Kiwanis Walkway to Riverside Park and then back through the downtown core. Later, kids and parents joined in a new two-kilometre Tough Turkey Children’s Obstacle course.

Kim Armstrong, who was a chiropractor, was well-known and liked as a successful athlete, adventurer and a warm and generous person. She loved running, talking part in triathlons, marathon running, competitive mountain biking, parachuting and heliskiing to name a few.

A Thanksgiving tradition, the Trot has raised more than $96,000 for the Pembroke Regional Hospital. It also supports a high school bursary in Kim’s name. Organizers are devoting this year’s funds to the orthopedics program and upgrades to the surgical department suites. Pembroke Regional Hospital Foundation executive director Nancy Warren, a friend of Armstrong’s, was overwhelmed by the number of people who came out to support this year’s edition of the Trot.

“Your running for fitness and you’re running for charity,” said Warren. “For the community to come out and support us like this is totally wonderful.”

In the spirit of Armstrong, an alumni of Champlain High School, it was perhaps fitting that this year’s Trot served as a reunion of Renfrew County high school track stars. Fellowes graduate Riley Johnston was the top finisher in the five-kilometre with a time of 15 minutes, 19 seconds. He was closely followed by former Valour sprinter Adam Paquette, who came in at 15:21, and Madwaska Valley District High School cross-country champion Jonathan Stoppa, who recorded a time of 15:43.

“The conditions were perfect. We had a lot of wind on the way back,” said Johnston, who has been attending St. Francis Xavier University in Antigonish, Nova Scotia. “I’ve been at school for five years so I’ve missed it. So I always wanted to come back and do it again.”

Another Fellowes cross-country star back from school for the holiday weekend was Maddy Kelly, who was the top female finisher in the five-kilometre taking ninth place with a time of 18:24. Kelly, who is taking English and Anthropology at the University of Toronto, competes for the university’s track and field team. The Trot has become a family tradition for Kelly, who ran this year with her dad, Chris, and sisters, Erin and Lizzie.

“I liked this course,” said Kelly, noting the change in the race where previously competitors ran from Pembroke to Petawawa. “This was really fun.”

Organizing committee chairman Matt Neadow said they chose the Pembroke’s downtown core as the new venue, moving it from Riverside Park, in order to give the event more exposure. Despite the cooler temperatures and threat of rain, the Trot enjoyed one of its bigger crowds, he added.

“The community has always been really supportive of the Pembroke Regional Hospital,” he said. “We moved the race downtown to take advantage of the waterfront and how beautiful it is.” 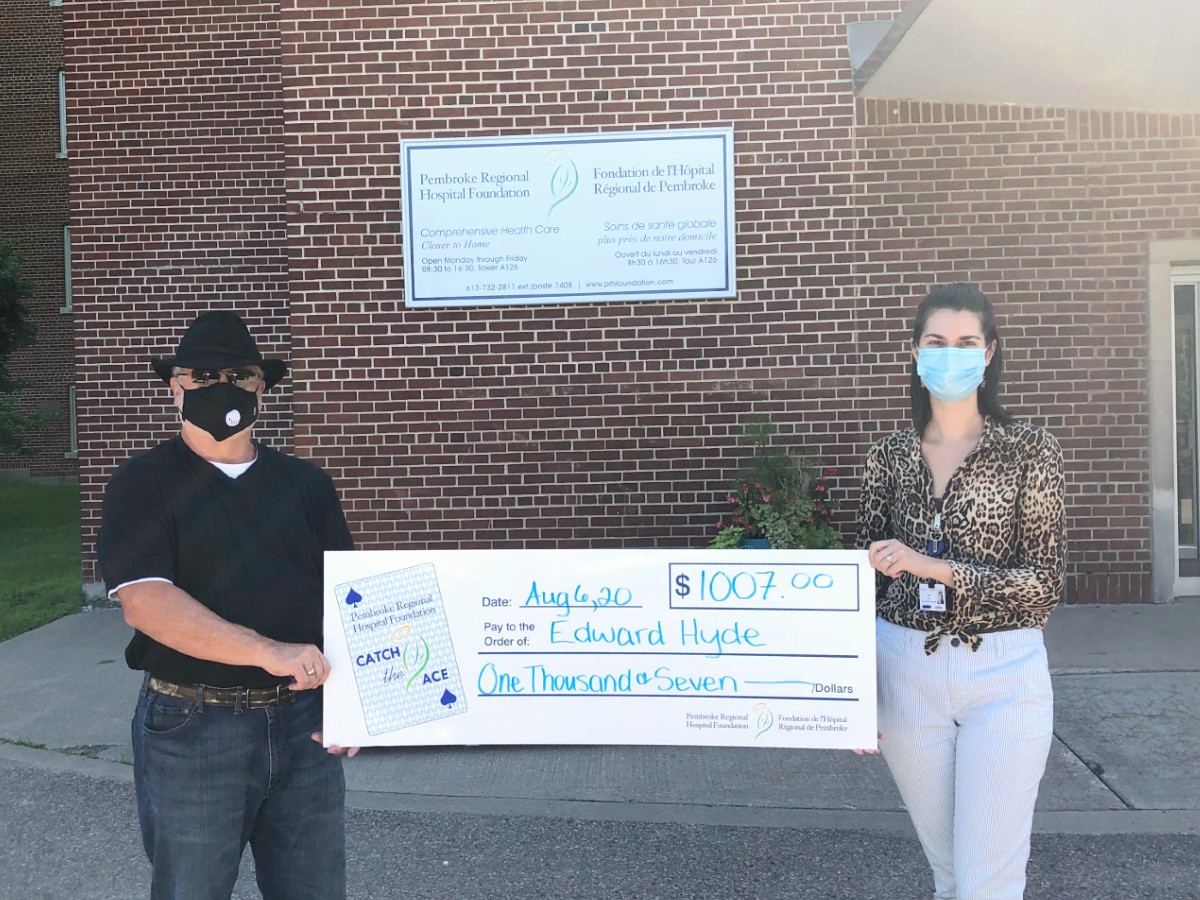 Catch the Ace IS LIVE 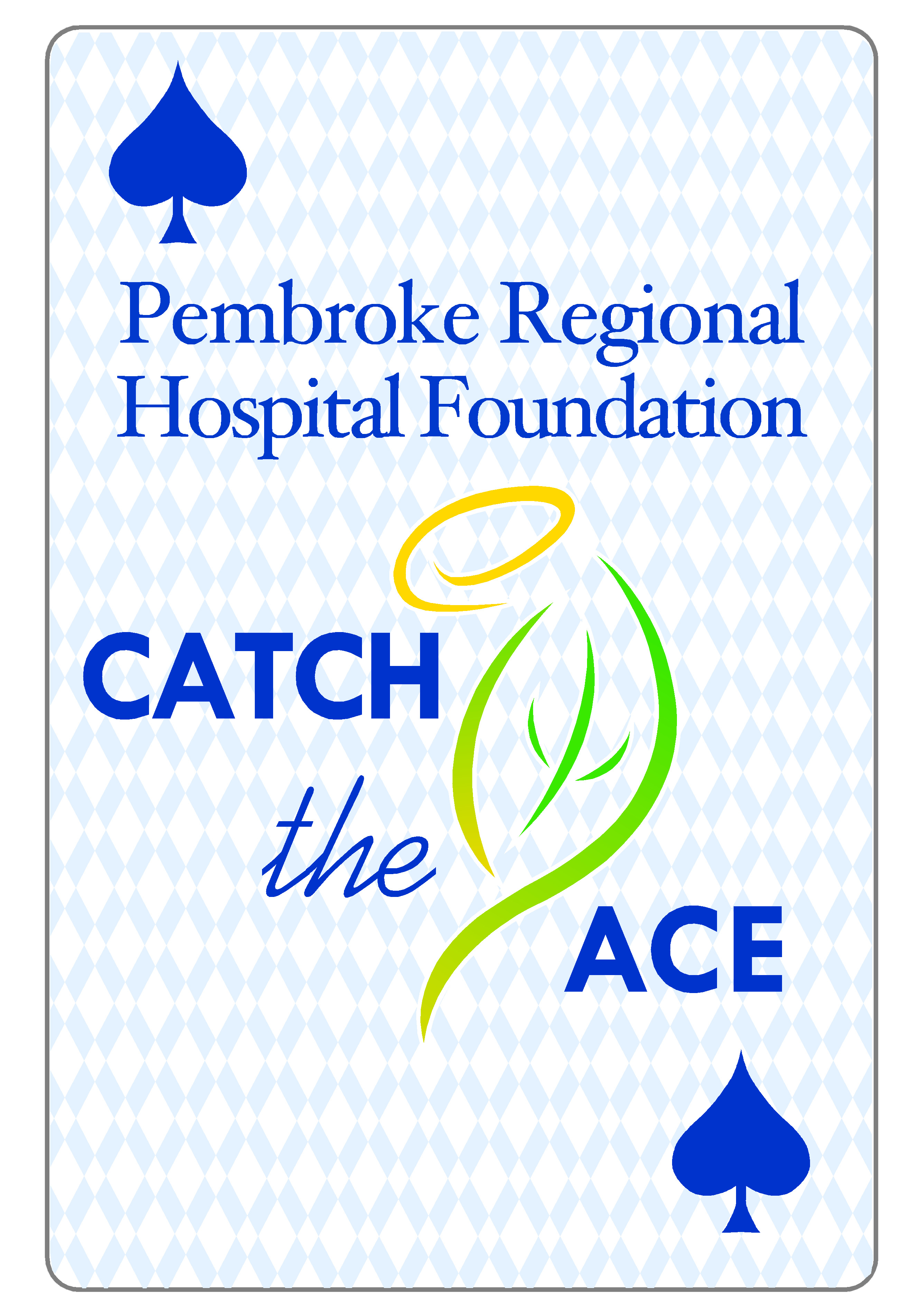