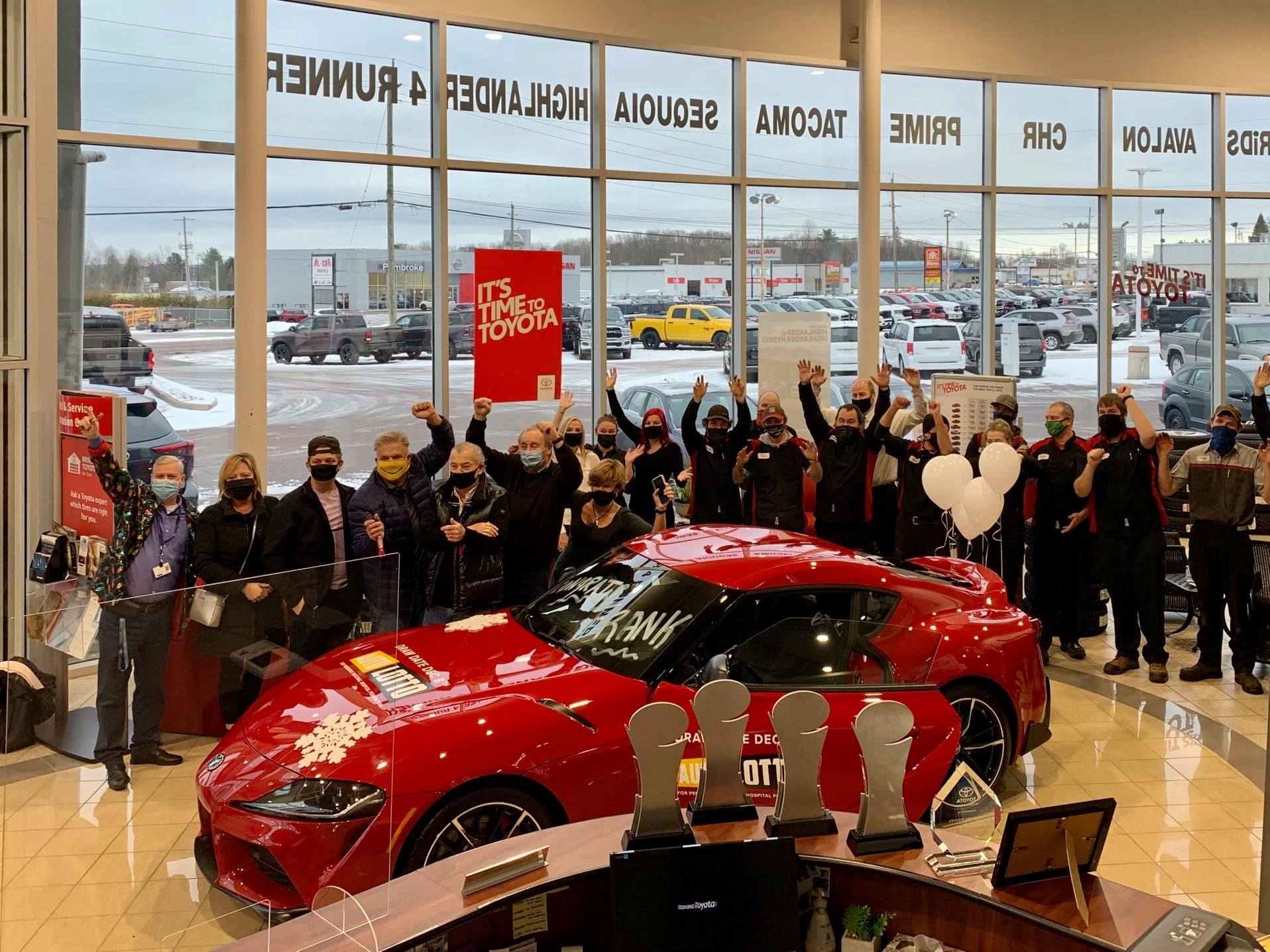 While the pandemic has prevented the Pembroke Regional Hospital Foundation from hosting so many of its traditional fundraisers, the online Auto Lotto Lottery for Healthcare has been a successful alternative! During these unprecedented times, continued support of our hospitals is more important than ever and fundraisers like the Auto Lotto did not disappoint, raising $149,700 for the Pembroke Regional Hospital’s new Cancer Care Campaign!

PRH President and CEO Pierre Noel expressed his gratitude to all involved. “We are so grateful to those who participated in the Auto Lotto fundraiser, generously contributing almost $150,000 towards our $1.65 million Cancer Care Campaign. We are so happy to be able to work towards improvements in our patient care areas that are cancer focused as this terrible disease affects so many in our region. We are always working to find ways to not only bring care closer to home, but to also improve the patient experience and these upgrades will do that in a big way.”

The grand prize draw was held on December 8th and the winner of the 2020 Toyota GR Supra, Frank Adlam was announced on site at Petawawa Toyota live on Facebook.

The PRH Foundation’s Executive Director Roger Martin said, “We are so excited for the winner, Frank Adlam, and to give out a ‘Supra’ prize like this so close to Christmas! It feels like there was some great energy in Renfrew County as people were able to give back to a great cause while trying to win something most of us simply dream about. These dollars will help give us a boost as we move into our new Cancer Care Campaign which has a goal of $1.65 million. Every dollar will make a difference to a cancer patient and our front line workers!”

In addition to the grand prize draw, two Early Bird draws were also held. The first was held on November 2nd for a Big Green Egg Grill donated by Huckabone’s Equipment and the lucky winner was James Labow of Beachburg! The second was held on November 23rd for a Husqvarna Snowblower donated by RG Dick Plummer Marine and the lucky winner was Marcey Stefanski of Pembroke!

Donations to the PRH Foundation are welcome at any time by calling (613) 732-2811, extension 7408 or visiting the PRHF website at www.prhfoundation.com.

Give a Little, Help a Lot