by prh foundation in Uncategorized Comments: 0 335 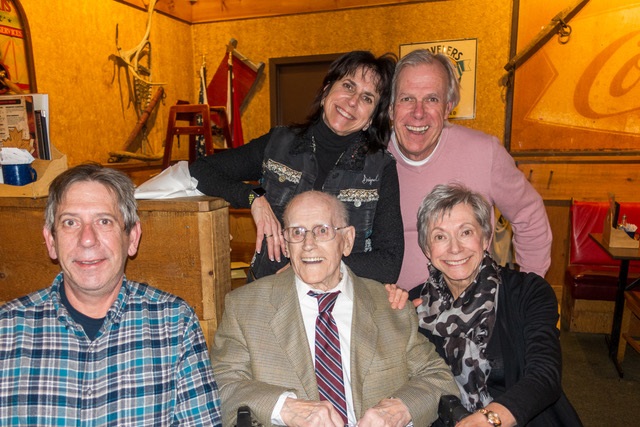 The Pembroke Regional Hospital Foundation (PRHF) is grateful to receive a generous donation of $25,000 from Harold Irving to honour his 100th birthday!

Harold Irving was born on November 20, 1920 in Ottawa, Ontario – the seventh of nine children. Although Harold grew up in Ottawa, from a very young age he spent many happy days at the family’s camp at Black Donald, fishing on the Madawaska River and White Lake. His strong connection to Renfrew County has lasted his entire life.

During World War II, Harold served in the Royal Canadian Airforce as an electrician working on a variety of military planes. In June 1944, he followed the D-day invasion forces as they moved through France, Holland, Belgium and Germany, making sure that Spitfires and other planes could be kept in the air.

Harold has always believed in helping good causes, and that generosity has not stopped because of his age or circumstances. In May of this year, at age 99, he raised over $6,000 for Bonnechere Manor through “Smiles for Miles”. On most days in May, regardless of the weather, Harold walked the grounds of the Manor, where he resides, urging sponsors to donate.

Over the past 10 years, Harold has spent several weeks in the inpatient Rehabilitation Unit of the Pembroke Regional Hospital – once after a serious illness; again after a knee replacement (at age 94); and finally after a hip replacement (at age 98). In the Rehab Unit, the team of nurses, physiotherapists, occupational therapists, rehabilitation assistants, social workers, speech language pathologist, dieticians, pharmacists and physicians all contributed to the coordination of his care. After each stay and in spite of his advancing age, Harold was able to maximize his independence in all areas and activities of daily living. As Harold puts it, “They never treated

me like I was old!” Because of the exceptional care he received, Harold was determined that he would like to give back; that is why he has committed to a donation of $25,000 to the Pembroke Regional Hospital.

Executive Director of the PRHF, Roger Martin expressed his gratitude by saying, “On behalf of your Pembroke Regional Hospital Foundation, PRH and its Board of Directors, we wish Mr. Irving a very happy 100th birthday! We will all be celebrating with him and thanking him for both his military service and his philanthropic generosity to improving healthcare for everyone in his community. Happy Birthday Harold!”

Congratulations to James Labow, the winner of the first Early Bird Draw for our Auto Lotto! Pembroke Regional Hospital Recognized by Trillium Gift of Life Network 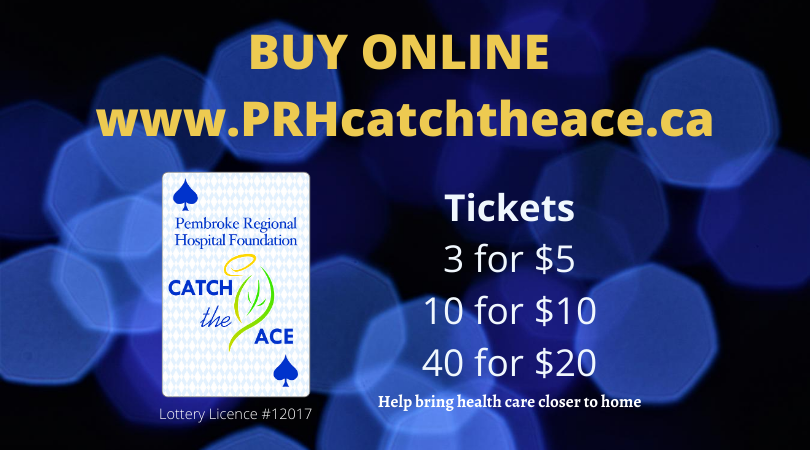