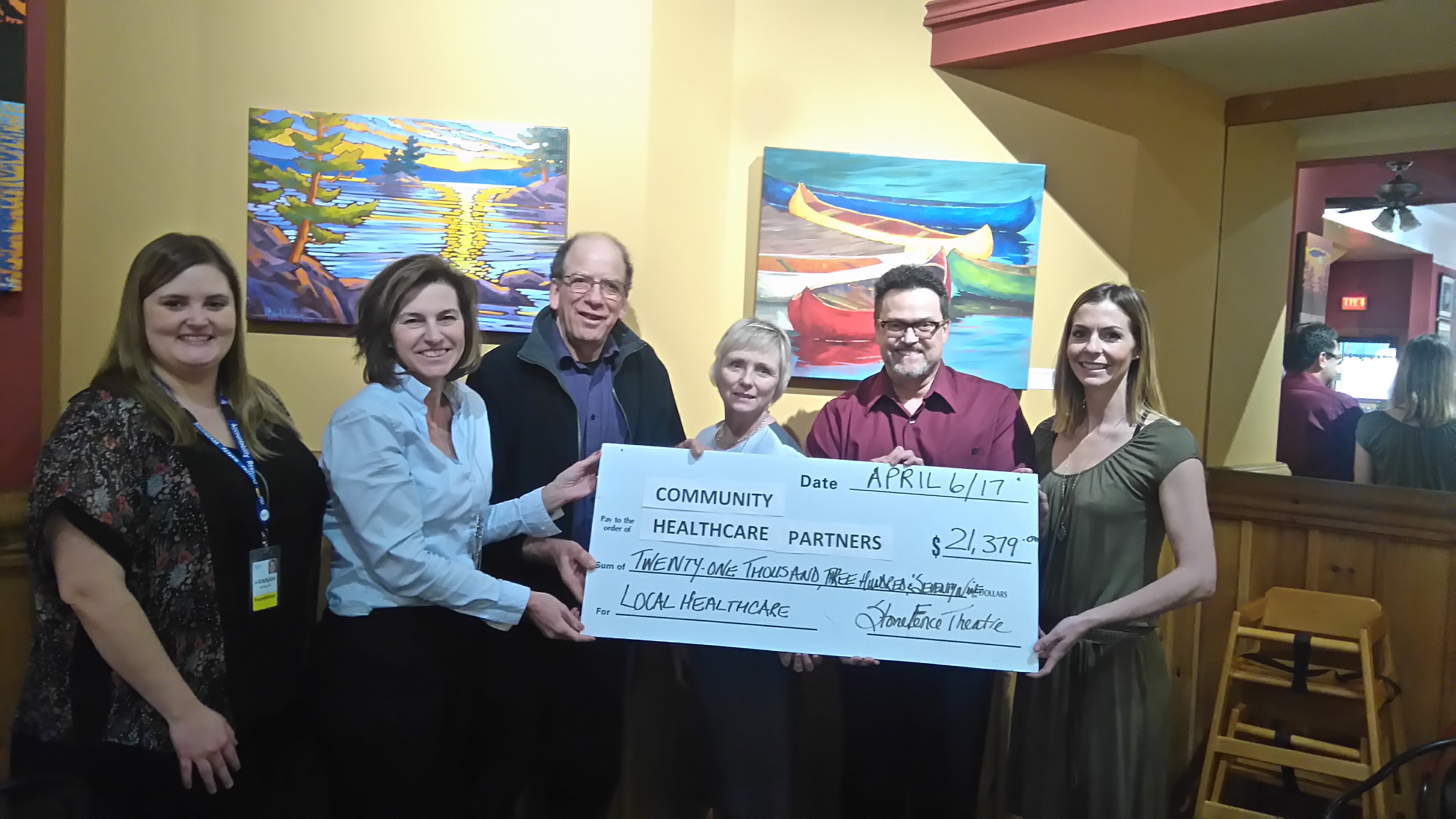 EGANVILLE: Throughout last fall and into January Stone Fence Theatre hit the road on a musical tour raising money for local health care. The totals are in and they look healthy. In total, the 10 performances of High Times at the Heart Institute raised $21,379 for a number of local hospitals and the University of Ottawa Heart Institute.

The musical, a comedy about aging heart patients and health care, was performed in Eganville, Renfrew, Barry’s Bay, Deep River, Pembroke, Almonte and Ottawa. Each performance was a partnership with the local hospital foundations, with their staff and volunteers participating in ticket sales and promotion, production details and additional fundraising such as 50/50 draws and concessions. In several communities local doctors also made cameo appearances. Two shows in Eganville and a gala dinner in Ottawa raised $6,575 directly for the Heart Institute.

This week, playwright and producer Ish Theilheimer met with the Directors of those hospital partners to celebrate and discuss possibilities for future partnerships. “We were so pleased with the results of this initiative, I’m hopeful we can do something similar again. We learned a lot and have ideas for how to improve,” he said.

The hospital foundation staff that met in Eganville were Toni Lavigne-Conway of St Frances Valley Healthcare, Hannah MacMillan of Renfrew Victoria Hospital, Ashley Pardy of Deep River District Hospital, Alan Roberts of Almonte General Hospital, and Nancy Warren of Pembroke Regional Hospital. David Rattray, who brought the show to Ottawa through his involvement with the Board of the Heart Institute, was unable to attend.

“I’m very thankful to the hospitals for welcoming us and the staff who helped with all kinds of details,” said Mr. Theilheimer. “I’m also very thankful to our hard-working artists and crew, who deserve a lot of thanks. Touring is a lot of work for them.” Chantal Elie-Sernoskie directed the show, which featured John Haslam, Fran Pinkerton, Shirley Hill, Lesley Sneddon, Peter Brown (also on keys), Evan Burgess (also on guitar), and Mr. Theilheimer on percussion.

While cast and crew of Stone Fence Theatre are hard at work rehearsing a new show for this summer, Mr. Theilheimer hopes this isn’t the last folks will see of High Times at the Heart Institute. “This show was so well received, and it did so much good in our communities, that we hope to do another tour with it later this fall. We’re just looking for new partners in communities we haven’t visited before.”

The Ace of Spades Has Been “Caught” in the PRH Foundation’s Catch the Ace Lottery!